Francois Villard started his wine journey at the age of 20, he spent a year at Tain l'Hermitage, which gave him the desire to become a wine maker. He enrolled in Davayé, in order to obtain his professional viticulture and oenology qualifications, at the same time he began to acquire his first plot of  undeveloped land on the commune of Saint Michel where his  Poncins vineyard now lies in the Condrieu appellation. The first vine was planted in the spring of 1989.
His first Condrieu was produced in 1991 from his very young vines, along with juice from some older vines, and his first  400 bottles were put on the market in autumn 1992, with vinification taking place in Verlieu, in a cellar behind Yves Cuilleron's Estate and to this day he still collaborates with Yves Cuilleron, as things progressed he decided to build his own winery which  was completed in Saint Michel sur Rhône in 1996. Today he is recognised as one of the leading producers in Condrieu. 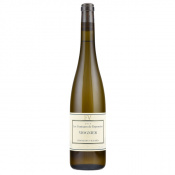 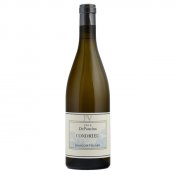