Louis Guntrum was established in 1648, and since 2003 has been owned and operated by Louis Konstantin Guntrum, who is the 11th generation of the Guntrum family to make wine. During the French Revolution, the Guntrum family fled across the Rhine river and temporarily relocated in Bensheim. In 1909, Louis Guntrum returned to Nierstein and founded the Louis Guntrum winery as it is known today. In February 1945, during World War II, U.S.General Patton occupied the winery and the family mansion, having crossed the Rhein river directly at the Louis Guntrum estate. The current generation is focused on producing high-quality wines that are produced with passion and rooted in history. 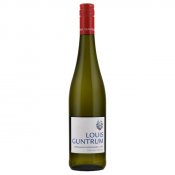